The Psychedelic Sounds Of Mali

Tamikrest, from Northern Mali are being dubbed as ‘the spiritual sons of Tinariwen’. They are maybe a bit inspired by Tinariwen but in my opinion, shit all over them. I do usually hate it when bands with so much behind them are explained and twinned with other bands through marriages and one night stands or bands romping together creating bastard sons. I suppose it is a good way of describing someones music because of it's simple 'to the point' and easy to grasp style but i don't think it gives the band you're describing any where near enough credit, especially when they write songs like this.

The first and only Tamikrest track i've heard 'Adagh' brings to light colors, shapes and feelings you rarely see or experience on most modern records. The entire sound of the record is so rich and layered that it's like the music (i imagine) you'd hear in your dreams after swallowing your last drop of Iowaska. But shit, these guys are 18 and 19 years old! This is what the desert must do to you. Far out psychedelic sorcery of the purest kind, their backwards guitar drones and vocals have a real mysticism. It is the sound i've been chasing since i was given Damon's Song of A gypsy LP when i was 15 for my birthday. It has this Spiritual, loner, dark, hypnotic, almost occult tripped out psychedelic sound. But like most music i love, i haven't the foggiest on whether it's even close to any of the above because i have no idea what Tamikrest are actually saying, which always reminds me of a brilliant bit in the 'Shawshank Redemption' when he says:

"i had no idea to this day what those two italian ladies were singing about, truth is, i don't want to know, some things are better left unsaid. I like to think they were singing about something so beautiful it can't be expressed in words and makes your heart ache because of it".

it's exactly how i feel about listening to Serge, Morricone with Vocals, Francoise and thousands of other weird and wonderful foreign records that give you that feeling. 'Adagh' has that i think.

And one final thing before i actually let you listen to the record. Toureg musicians are the coolest looking mother fuckers on the entire face of the earth! 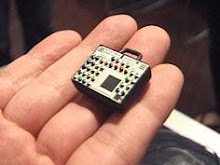